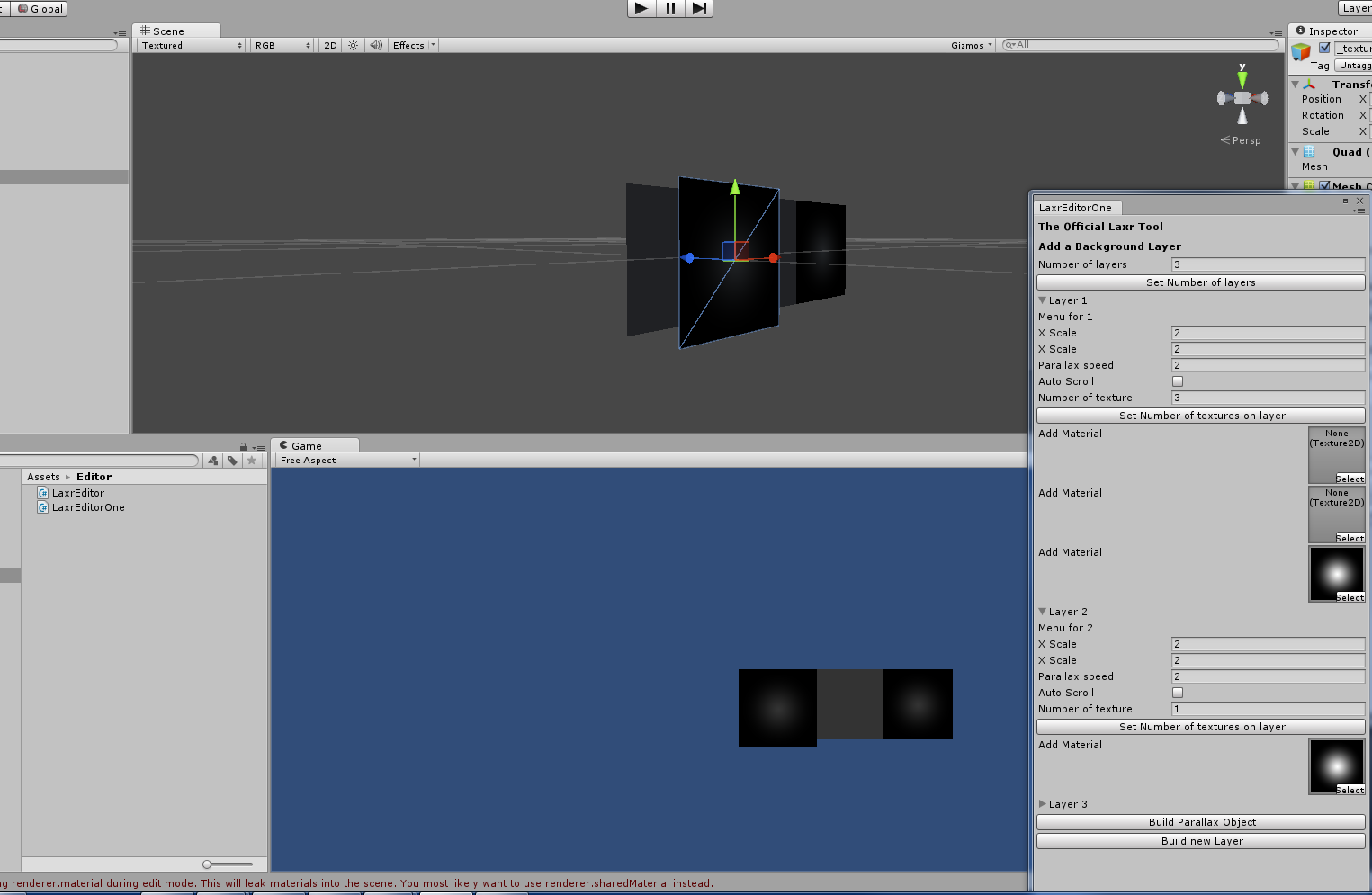 So for my API Programming class, as the second final project we have to build a Editor tool within Unity3D. We originally decided to try and integrate a project management tool called Trello into Unity. We had ran into some issues, and thing's were becoming pretty difficult with our current skill set, so as a team we decided to pivot and go a different route by doing something a little less difficult.

So we decided to make a Parallaxing tool. What is parallaxing you ask? Well according to Wikki, the term “parallax” first came from the visual effect of 2D side scrolling videogames that used different background image movement speeds to create the illusion of depth during gameplay. This was generally done by making the background of the game move slower than the foreground in order to make it seem further away.

So far we have the user being able to set up Layers and quad's within those layers, as well as being able to edit the scale of the object, and toggle on and off the scrolling and set the speed of the parallax for each layer.