So for our final project in AI programming, we had to take an existing game given to us and add in our own AI into the game. We all chose a different mechanic to enter into the game.

The Raven game consist's of Bot's who follow AI in order to kill each other. It's like a robot version of Counterstike or Halo. Just in code. They can pick up new weapons, health, and even land on traps.

I took on the task of adding into the Bot's AI some Armor to protect them with. So that when the bots are spawned into the map, they all start off with the same amount of Armor. I also added it into the Players GUI so that the other players could see how much Armor the other Bot's had.

It was a great learning experience, but it still confirmed how I feel about Lua. Even though it's not my first choice in a programming language, it's still interesting to learn how to use it. 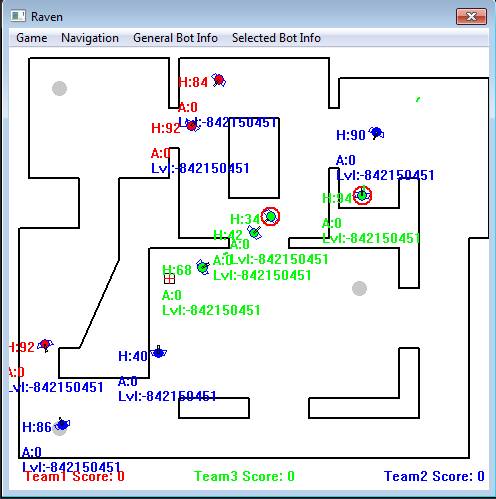