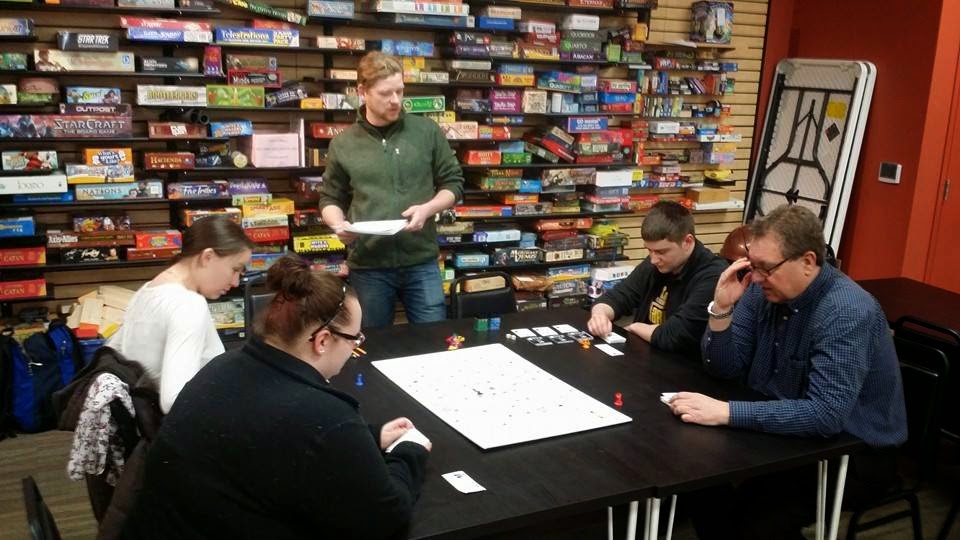 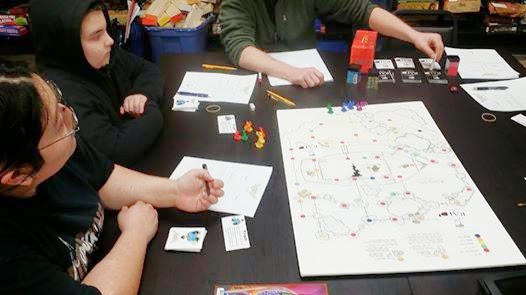 Big thank's to David, Jack, and Scott for helping getting set up, and having all the proper materials ready to go! It was no sweat at all setting up. Jack and Scott were awesome at taking notes, and helping out when needed. Making sure people took surveys after they played. David did an AMAZING job acting as a Game Manager, explaining the rules, and walking the player's through the game. He was very patient and made it fun for them. I am really happy with the venue of choice as it has plenty of space and a variety of different ages and gender.

Although, the editor-in-chief was not there this time, a few of the people with the company where there representing Noobsouce.com. They were very friendly, and totally on board in helping us play test our game. They definitely encourage cross promoting companies on social media, and totally reviewing our game when we feel it's ready.

It was a great time and I am excited to do it again. It went REALLY well.

Wrapping up my thoughts on the day:

- There was not one person tonight that did not have fun playing our game.
- Everyone seemed to understand that, hey yes this game is a prototype, and with that, gave us honest feedback and suggestions.
- We got some laughs! (Especially the Hippie Deck and Fluffy Shirt card)
- Everyone (Non-Dev) that played took a survey.
- BGB Has internet where we were (a low connection but enough to take surveys with)
- Noobsource.com had people there wanting to play games with them, and I would say there were about a total of 30 people there tonight at the store total. (Either playing magic or other board games)
- Total honest opinion, it went WAY better than I thought it would. People picked up the rules fast, they were having fun, making honest suggestions, and more than willing to participate and learn about it.
- We even started a new contest at the store, with having player's make their own cards. We gave the winner's blank ones, and told them we would be setting up a competition soon on social media. Which I will be working on this coming week.﻿