As a Game Designer, you really should have a library of games to reference from, play test from, to learn from their mistakes, learn what they did well, and implement that into the games you design.

For my Intro to Game Design class, we have been tasked with either playing and or researching three games, and making a organized Mechanics, Dynamics, and Aesthetics Design document of each one.

Although I only got a chance to play a little bit of two of the three games, it was still a nice experience to get to finally play games again. But it was also a different experience as I was playing them for a totally different reason, which was to analyze the game design of them. As I mentioned in the previous post I had talked about this, the games we are required to review are: 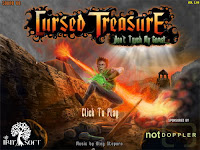 Below you will find my analysis's of each game based off the overall design of the game.