My 1st Army for Warhammer 40k!

So we were tasked with making our 1st 1,000 point army for Warhammer 40k in my Advanced Game Design class. This was my first attempt at creating such an army, and I had a lot of fun doing it! There is so much to choose from! I spent quite a bit of time reading over the basic rules of
Warhammer, what to do and how to build an army. Then I had to find the proper codex's to go with the army we had started with.

We were to build the army using the FoC 7th edition guidelines: 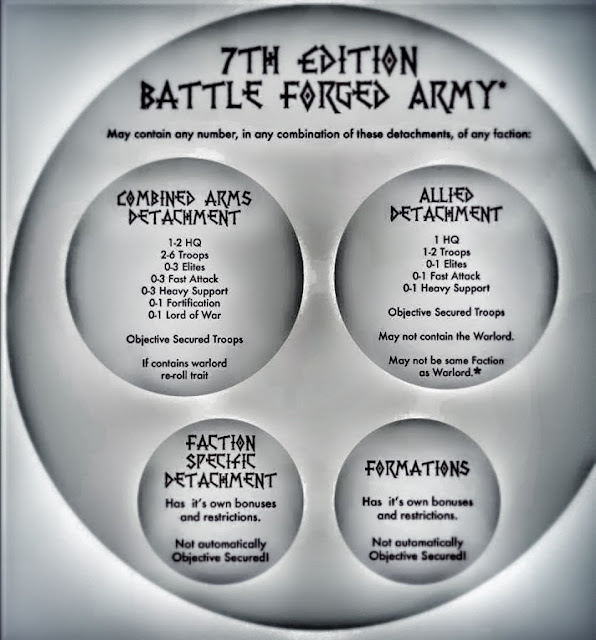 Are team was handed a 500 point Crimson Slaughter - Crimson Squad army the first day of class, and I actually just built off of that since I was already used to playing with them. 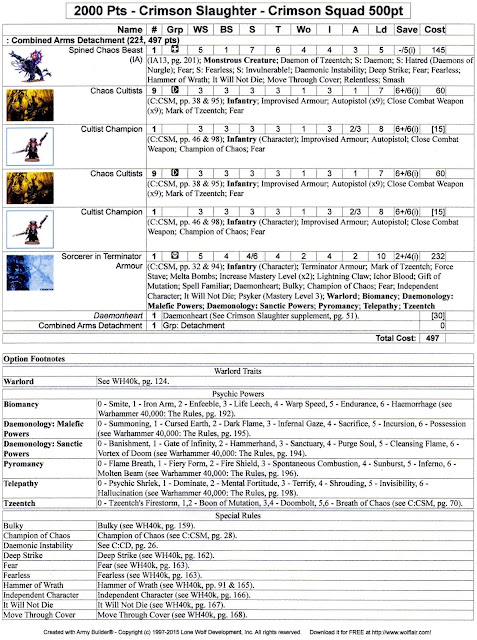 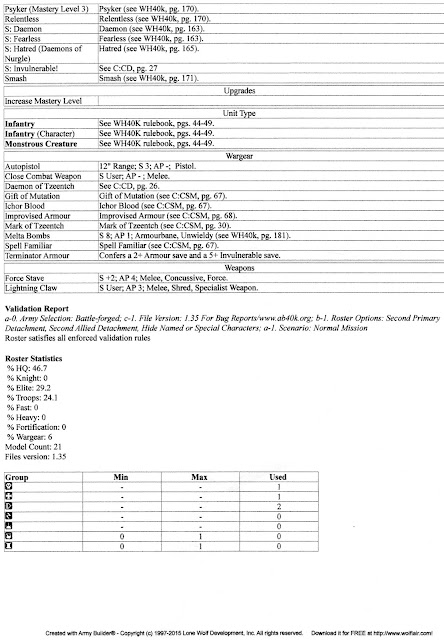 Now here is my 1,000 point Crimson Slaughter - Crimson Squad army! Hopefully I did this right, and I will find out next class, lol.

This will be getting built off of for the next couple weeks so expect a lot of change in the coming weeks! After we have played for the first 3 to 4 weeks, we will then be coming together as a full class and team to make our very own world to bring into the already existing world starting from scratch!