Now that we have been play testing our game in my Intro to Game Design class and adjusting the mechanics so that everything seemed fair and well balanced, our whole class was tasked with obtaining player feedback outside of our team and class. I was able to get some other people, family, and friends to play.

Now I know it's not a great option to have people who are familiar with yourself, give you feedback on your game. Majority of the time, your friends and family won't give you their honest feedback because they want to be supportive.

In the case with my friends and family, they have no problem telling me what is cool, what sucks, and what should be changed.

I actually acquired some great feedback, which seemed to answer some of our doubts we were having while my team was doing it own play testing. They did however like the game, and enjoyed being able to beat up on each other. They did mention that the verbiage needed to be a bit clearer and be the same all around. As well as making sure that we explain the rules to the game in a very nice clear instruction booklet.

I know that at least one of my other team members actually had other people play test as well. It kind of difficult for everyone to have people plat test it, as in order to play with 4 people, you needed all the decks which was around 300 cards. I learned that developing a card game is very time consuming as far as making multiple decks. When you are paper prototyping a card game it is extremely important to use pencil as you are creating the decks in order to make changes on the fly. You want to try to make changes AS you are playing the game, and not wait till after as it will speed up the process as well as making sure everyone's cards formats look similar.

With the time constraints we had, we needed to play test as quickly as possible in order to get a polished out paper prototype ready to show off for our final project at the end of class. 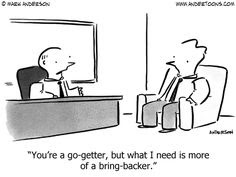