So after the past week, I have tried to play around with the Kinect and learn some of the way's to use it and learn the syntax involved with it. Here is what I have accomplished so far on our interactive display project.

First, I was able to detect the player's hands once they where detected with the Kinect.


Second, the box is following my left hand and the particles are following my right hand. My computer ended up lagging a little bit, so don't mind that.

In class, my instructor actually pointed me in the direction of this program a guy developed that records your gestures and stores them into a XML file, which can be pulled into your scripts to use with our display. It's a recording and gesture tool kit for the Kinect V2 which you can find out all about by clicking on any of the 2 images below, which will take you to Franklins.net. 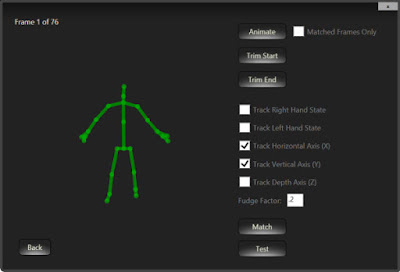 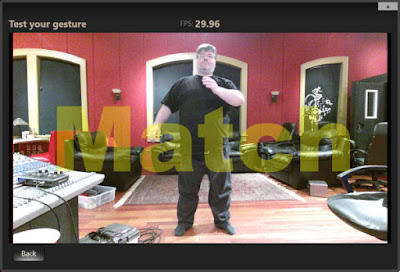 We were going to try and implement this into our project to add some cool effect when players make certain gestures when they interact with our display. I actually got a gesture recorded and matched just fine. When the time came into implementing the GesturePak API into my Unity project, I did run into some issues however. It seems that when it comes time to bring in the required .dll files, it give me a major exception error. I think that it had to do with something with the .dll file I am trying to bring in was built using a different .Net framework and I am not really sure how to fix that at the moment. My instructor said we can look at it in class together to figure it out, as he thinks it's may be dependent on a library in Mono, or that its not updated in Mono.

For now I continued on working on the project, as I didn't want this to hold up production. I actually managed to add some more functionality into or project as well as a temporary background made by one of my classmates. I also got the "Sparkelz" floating in place while there is no payer being detected.When the player is detected the particles snap to the players hands. The timer then starts. When the player is no longer detected, the "Sparkelz" go back to floating, and the timer then stops. Will post more progress throughout the week. If you have something that needs to go into the build please send them my way. :)﻿

After that I was able to accomplish just a little more before the next class period. I found some cool particles to play around with for free from the Asset Store. In this video I am showing off what happens when the player leaves either left or right of the screen and the player is no longer detected. I first enter the scene from the right, and exit left. I then enter the scene from the left and then exit right. The particles explode, and then go back to the idle screen. I am just playing around with a lot of what we want to accomplish and some things may appear fast, but those can all be tweaked.﻿

Looking forward to continuing this project, and adding in some cool particle effects and possibly gestures before our project is due in a couple weeks.