When playing D&D and you are low on wood for your fire, using the bodies of the dead goblins you just killed as fuel for your fire MAY attract a Lich and a few of his skeleton friends. You may also find yourself trying to desperately climb up a tree, hoping you don't roll terrible! Anyway, this week was actually a lot of fun playing D&D and getting into our characters stories and actually doing perception checks, and using our weapons and skills in combat. 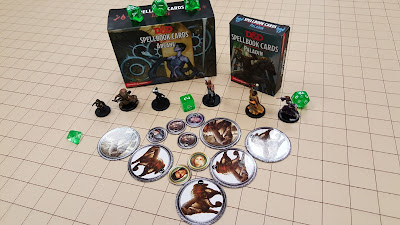 Again, I was a Dragonborn Paladin whose name is Boom Stik!

Wizards of the Coast actually have a really cool artwork posted of a Dragonborn Paladin, except I would be a green colored and not blue as that is what I choose as my Draconic Ancestry. This also gave me a Breath Weapon with a damage type of Poison. 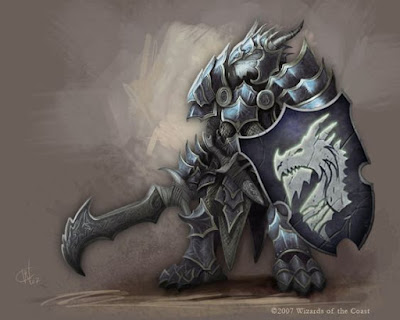 My personality traits were that I was passionate and determined and was always vigilant. I never gave up on a quest. I was very motivated and there is a reason why I am good at what I do. Fleetstorm is my best friend, lol. Jeff made a Dragonborn Wizard, so we became friends, lol. We also had a assassin with us, and called ourselves the Iron Falcons. My flaws included being thick headed and having trouble trusting new people. I had Divine Sense and Lay on Hands.

My background was that I came from a clan of Dragonborn whom always made fun of the way I looked, as I was the "Shrek" of the clan. We were green in color due to our Draconic Ancestry. I was always in the woods, exploring to pass the time by from getting ridiculed by the others. I ended up coming across a gathering of Fey creatures. It was here where they taught him how to use nature to heal and help others and how became a Dragonborn Paladin.

But as we played the game, obviously after reading my first paragraph you can see that we ended up attracting a Lich and ended up hiding in the trees. It was a miracle that I rolled good enough to get up with tree without any harm, as my previous rolls have always been terrible, lol. We did manage to escape the Lich, while only attracting 1 of it's skeleton slaves in the process. Which ended up being a pretty easy kill. Between the Skeletons and the Goblins, I ended up having to use my Lay of Hands skill to heal up some of my group, as a few of them came close to death.

I did come up with some ideas for the pitch for our campaign we are going to have to design as a class. I wanted to come up with one funny idea for a campaign, and one serious idea.

For the funny idea I had, is that we could set our campaign in The Island of the Misfit Mascots, and have the players be characters from South Park and the Monsters be really bad Mascots.

However, my serious idea, after having done a little reasearch, and using some exsisting lore already out there and putting a little twist on it, I came up with these notes for the Rise of the King of Giants. Let's see when we pitch next week what the rest of the class comes up with. Hopefully some people will like my idea. :)


Below you will find a reference image from the internet of High Lady Ordalf and a LeShay. 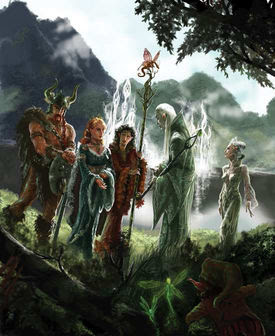 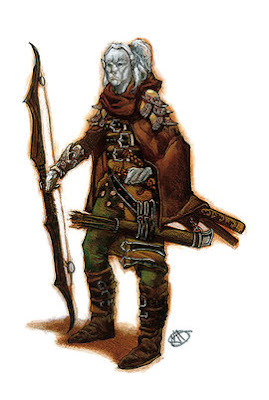