So after some rough weeks outside of school, I managed to get some more work done on the Interactive Display class project.

I actually have implemented the XML reader into the project which our other Programmer did. I was able to take what she did, and put it right into my build without really any hassle at all. I just had to make sure I had all the right folders in place and naming conventions.

Our PO actually came over to my house, and we knocked some stuff out together. He worked mostly on updating the Flowchart I created before and updating the Storyboard.

Added the # of Spins variable so we can "Lock" the wheel into SecuriMode.

I also downloaded all the art, sound, and music assets into the build, but I still have to implement them.

Here are some snap shots showing off some of the work that I had done and showing off the XML that our other programmer, Erin did, and some of the tweaks I made in order to fit it into the build.

Now ... time to get some more work done! 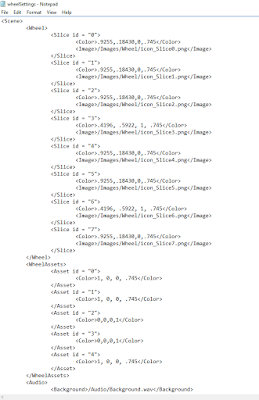 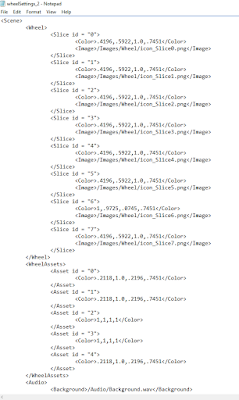 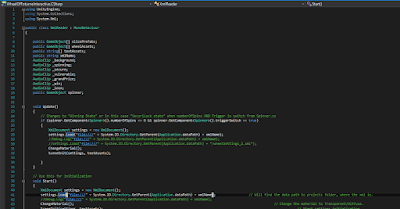 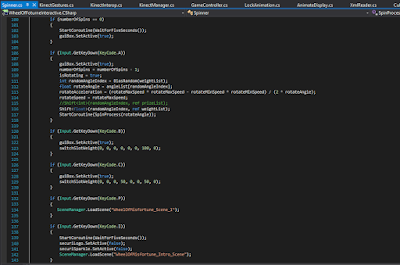