Update on the Ole' BrewCityGamer

I know it's been a few weeks since I last posted an update, so there's lot's to talk about!

Besides being extremely busy with wedding Planning, family in from out of state, severe tooth pain, my 3 jobs, Jury Duty, Government sent me a letter stating my information was stolen in a cyber attack against the US Government and offered me free cyber security, my 1 Summer Class assignments and your every day normal life non-sense, life has been GREAT! I don't think I have ever been so busy in my entire life! lol

There has been some really cool updates in my journey into becoming a Game Developer!

1.) After this past semester, I updated my Resume, Linked-In, my portfolio here, and my Cover Letter. Being the nerd that I am, I did go ahead and apply for a bunch of marketing jobs at Blizzard, because I mean come on, it's Blizzard. lol I also applied for a few other random positions with other popular game companies as well. For now, I am going to hold off on any more until after the Wedding.

2.) All that hard work I was putting into my Linked-IN payed off, and I was actually contacted by a Recruiter from Unity3D! I was totally amazed! What a really cool opportunity! Although, I didn't get the job, I did make it all the way to the final round of interviews. The position was for a Developer Support Analytics role. There were a series of questionnaires, phone interviews, emails, and then even a test that was pretty tough. I got the impression that they were wanting someone right away, as that's pretty much what the Recruiter had said. With my wedding coming up and me having to move out to San Francisco for the job, I believe that is the reason why they went with another candidate. Like I said, I am just honored to have been recognized by a such a well known company within the industry, and I will walk away from it with more experience for my next interview process. Also, with my wedding coming up, having to move right after it would have been a nightmare. The Recruiter and Hiring manager really liked me however and I am still in contact with them as well. I still have PLENTY of contacts at the moment and many options in my future. Onward! 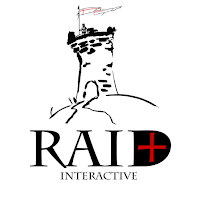 3.) Was approached by my old development team that was formed from school to talk about an event they had coming up in August at the 42 Ale House in St. Francis, WI. One thing led to another, and I am actually going to be re-joining the team at Raid+ Interactive as they have offered me some compensation to come back and do some marketing for them, among other things. I worked with Raid+ in school and worked with the guys up until the became a LLC. I am going to be a kid in a candy store when I receive my actual 1st check and can officially call myself a paid developer. So now after having signed my NDA and other documents, I am officially the Marketing & Community Manager for Raid+ once again! :)

4.) Now with that being said, yes, this does mean that I have to leave my current project at Forever Interactive and our game Visions of Zosimos. Basically what I said in my two weeks was this. It has been a pleasure working at Forever Interactive however, another opportunity has presented itself that I have decided to accept. My time spent with this company has been one invaluable experience that has opened a whole new world for me. I seriously can't thank each and every one of you enough for bringing me in and making me feel like a part of the family since day one. The path to my own future success will always be because of what I have learned and experienced with you all at this company.
I will complete my time here with the same passion and dedication that you have come to expect from me. I will be working diligently to get as many task's done as I can these next few weeks. I am also happy to help train my replacement or facilitate the transition process in any other way possible. I will of course always continue to give Forever Interactive my unwavering support through my own social media outlets for as long as I shall live! :) I did talk about this with my Fiance, and we both came to an agreement. Even though I have spent numerous man hours, time, money into FI and VoZ, the time had come to move forward with this opportunity due to our current financial status. I love everything about Forever Interactive and the developers! I don't want to leave a project that I have been apart of for so long for now but I have to move forward with my career and take opportunities like these as they are presented to me. The whole reason I was offered to come back to Raid+ was because I didn't burn any bridges. That's what I plan to do here at FI. Although I feel like deep down there might be some negative vibes coming my way from some people going to another local developer, but those people need to realize that it is nothing personal at all. I just got to provide a future for my family and I will take every opportunity to move forward that comes along.

So that's basically it at the moment. Just one busy normal guy, trying to provide a future for his family, all while trying to achieve his dreams at becoming a well known game developer someday. 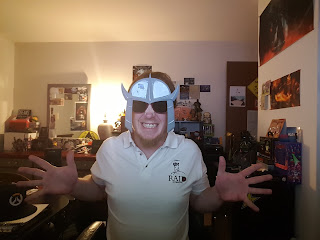 "There are many ways to be happy, but we cannot find happiness. No object, no event, no outcome or life circumstances can deliver real happiness to us. We have to make our own happiness - by working hard at activities that provide their own reward" - unknown